During the Franco-Prussian War of 1870, Paris was encircled by the Prussian army. To re-establish communication with the outside world, the famous engineer and photographer Felix Nadar created the “Company of Military Balloonists”. Together with Germain Rampont, Director General of the Post Office, he set up a camp at the foot of the Butte Montmartre, where the headquarters of airmail was born. His gas balloons equipped with a gondola transported civilian and military mail as well as passengers and carrier pigeons to enable two-way communication. A total of 66 balloons, known as ballons montés, left the capital. Some never reached their destination, while others were captured by the enemy. Today, letters which travelled by balloon are highly sought after by collectors. 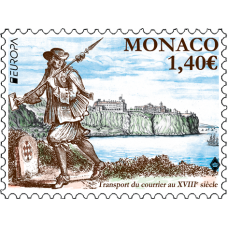