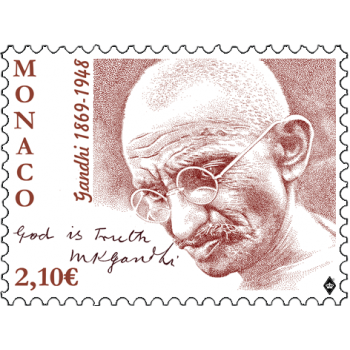 After training as a lawyer, Mohandas Karamchand Gandhi practised in South Africa for twenty years. During that period, he experimented with passive, non-violent civil disobedience. He returned to India in 1915, devoting his energies to overthrowing British colonial rule and becoming the moral leader of the Indian National Congress. His attachment to tradition, austere lifestyle and numerous spells in prison made him a very popular figure. He earned the nickname “Mahatma” (the venerable). He played a key role in India’s independence in 1947. Gandhi was assassinated by a Hindu extremist in 1948. He was the inspiration for many freedom and civil rights movements around the world.