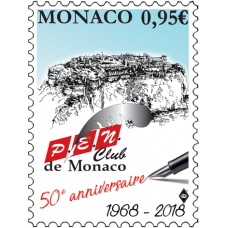 The P.E.N. Club International granted the Principality of Monaco a national P.E.N. branch in 1968. Established in 1921, P.E.N. (Poets, Essayists, Novelists) International is a global, apolitical association with its headquarters in London. Its aim is to defend freedom of expression while rejecting press abuses such as the falsification of facts for political or personal purposes. Armand Lunel, a philosophy teacher at Monaco’s Lycée Albert Ier and the first winner of the Prix Renaudot (1925) was the first President of the P.E.N. Club of Monaco.