The link between the Principality of Monaco and the town of Chilly-Mazarin in the department of Essonne dates back to 1777, when Honoré Grimaldi, Prince of Monaco, married Louise Félicité Victoire d’Aumont, heiress to the Dukedom of Mazarin. Through this union, he assumed the titles of Duke of Mazarin, Marquis of Chilly, Longjumeau and Gravigny, and Baron of Massy. Although the barony was abolished during the French Revolution – the family’s assets were seized – the Grimaldis have never relinquished their titles. H.S.H. Prince Albert II will visit the land of his ancestors on 19 June. 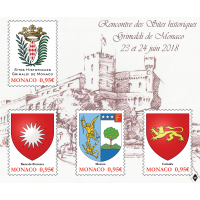 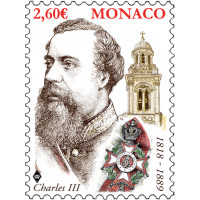 BICENTENARY OF THE BIRTH OF PRINCE CHARLES III
2.60€
Add to Cart 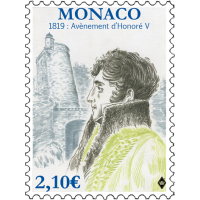 BICENTENARY OF THE ACCESSION OF HONORÉ V
2.10€
Add to Cart 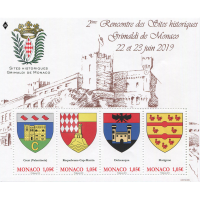 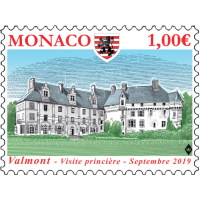