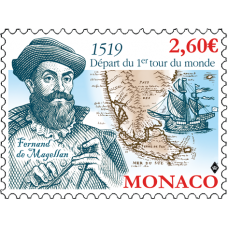 In 1518, Charles I of Spain (later Charles V, Holy Roman Emperor) agreed to finance Ferdinand Magellan’s plan to sail to the Moluccas (present day Indonesia), islands with highly sought-after spices, via the south-west passage. In September 1519, five ships left Sanlùcar. By December, they had crossed the Atlantic and reached Brazil. On 1 November 1520, the strait between the Atlantic and the Pacific was discovered. It would later come to be known as the Strait of Magellan. In March 1521, the fleet arrived in the Philippines. Magellan was killed in a battle with the indigenous population. Captain Elcano continued the voyage and eventually reached the Moluccas. The fleet returned to Seville on 4 September 1522. 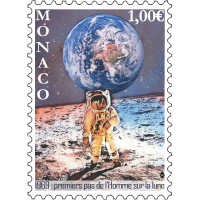 50TH ANNIVERSARY OF THE MOON LANDINGS
1.00€
Add to Cart